My guilty pleasure at the moment is the series Maison Close on Sky Arts 2, about a bordello in the heart of Paris in 1871. Have you been watching it? It’s rather compulsive viewing.

The first scene in the first episode shows you pretty much what to expect and it’s risque with a capital R!

But of course it’s not the (ahem..) antics of the show that inspire – it’s most definitely the fashion. 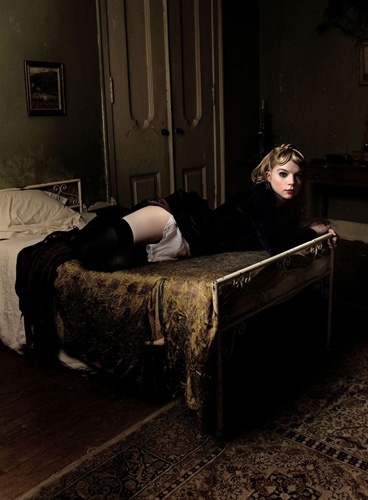 I don’t seem to be the only one inspired, either. Just take a look at Agent Provocateur’s Autumn Winter campaign, featuring Monica Cruz (Penelope’s sister) – it could actually be a scene from Maison Close:

While investigating Maison Close, a film “House of Tolerance” (L’Apollonide: Souvenirs de la maison close) kept cropping up. I hadn’t heard of it but it featured at the Cannes Film Festival in 2011. So I watched it last night. 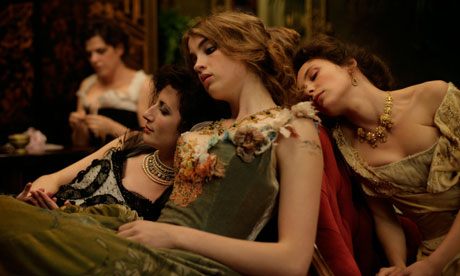 In terms of glamour it’s right up there with Maison Close – the costumes are exquisite but it comes with a very big warning. This film is not for the faint hearted!

Whilst Maison Close touches on the grim realities of the bordello, it doesn’t monopolize the series. In fact the series seems almost light hearted when you consider the subject matter. In House of Tolerance there’s no escaping it – causing one critic to call it “a nasty film’.

I’m not sure I’d go that far,  I mean let’s face it, that was the reality of the Maison Close – it’s just not enjoyable watching but still compelling and historically interesting. A sort of historical horror (yes, at one point I did have my hand in front of the screen, and if you have watched the film you will know which bit I mean!)

I’d be interested to know what others think though. Does a film like this need to be so exceptionally explicit or would it lose some of it’s substance if it was watered down?

To finish I thought I would combine the reality of the bordello with a little bit of beauty – take it away Toulouse Lautrec: 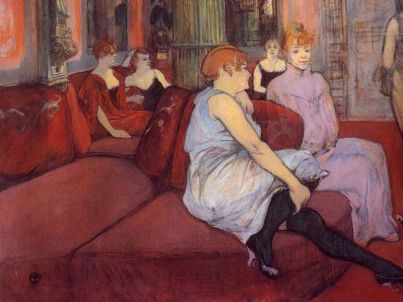 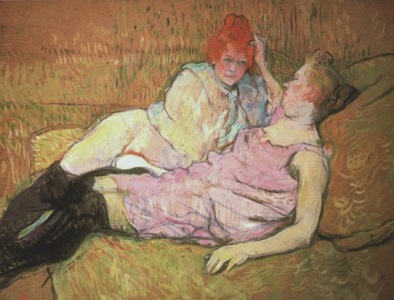 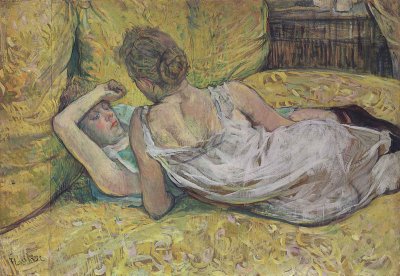 I haven’t finished the corset saga just yet – I couldn’t resist a little virtual bordello shopping trip so I’ll show you my finds, later in the week.