My mum rang me the other day to say that she’d gone through some of the cupboards at home, and had come across some old Elle Decoration magazines, from when I was still living at home.

Well, you can imagine my excitement. There is something thrilling about going through old magazines and seeing nostalgic images and trying to fit them into your life’s timeline – “where was I, what was I doing, who was I going out with?”

One of the few advantages of getting older!

I happened to come across an interview with Marie Anne Oudejans, founder of Tocca, in the January 1998 issue of Elle Decoration, which also featured a general nose around her home. Oudejans apartment was filled with vintage treasures and, ironically, although we think of vintage as “old”, it is because of these touches that this   apartment remains timeless – it could be fresh from the pages of this month’s Elle Decoration.

See what I mean?

Notice the chinese lanterns, mood-boards, mismatched crockery, and sari fabric – all the stuff of pinterest.

“Tocca is the product of Oudejan’s dream-world, which has almost accidentally grown into a small empire. Unlike most fashion designers, she doesn’t do shows, advertise or consult trend predictions. She simply makes beautiful things – lovely little dresses in heavenly fabrics, embroidered evening bags, delicate crystal necklaces – dreamy things that, she, herself would be pleased to own”.

With friends like Helena Christensen and Christy Turlington wearing her designs in early 90s, this little business was propelled from a fashion brand, to “a fashion juggernaut”.

Asked by Style.com in  2008 about the reasons behind the success of Tocca, Helena Christensen said:

It’s hard to define what makes a clothing piece a classic, but that’s what happened with the Tocca dress. I remember I wore the dresses Marie-Anne made for me backstage at the shows, and immediately, all the girls wanted one in every color. It was just such a special little piece; very girlish, but sassy at the same time. The dress woke up the free spirit inside you. 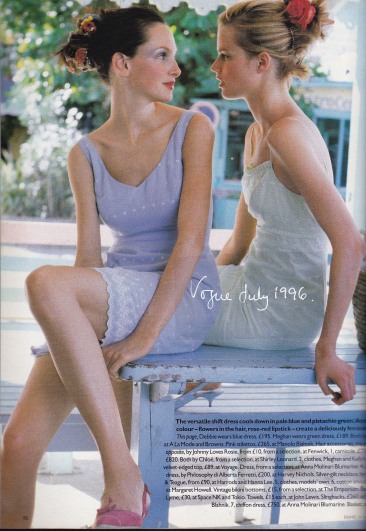 It seems like the whole period back then was one big fond memory, and the dresses stand out like bright, colorful lollipops of that time. I think I went through entire summers just wearing the dresses, every day! Once Marie-Anne— and I had to go to a big event and I asked her to make me a special Tocca dress. She made me this long green mermaid dress, like an eccentric version of the short ones, but superlong and with sequins randomly strewn all over it. I still have that dress.

Obviously, fashion has moved on since these dresses were first introduced; do you find you wear them differently now, i.e., that you style them in a new way or pair them with different accessories?

I wouldn’t wear them any other way than I always have. That’s what made the dresses so precious—they’re like jewelry, in a way, you just slip them on and step into a pair of sandals and it’s perfect!

So it just goes to show, you never know when your creativity will be discovered, just handy if you have supermodel as a friend!

And to remind us of how lustful these designs are, here are some of the images from the Autumn Winter 2011 lookbook: 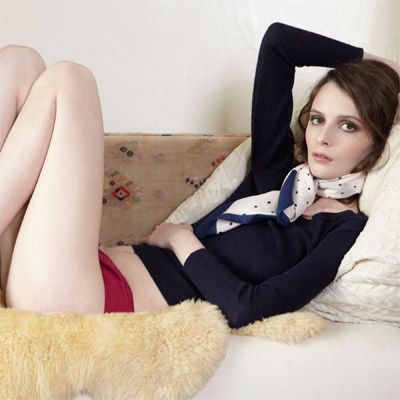 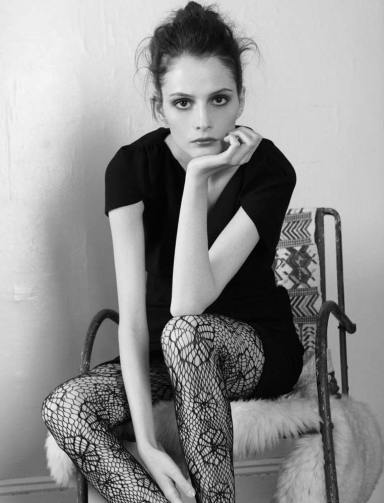 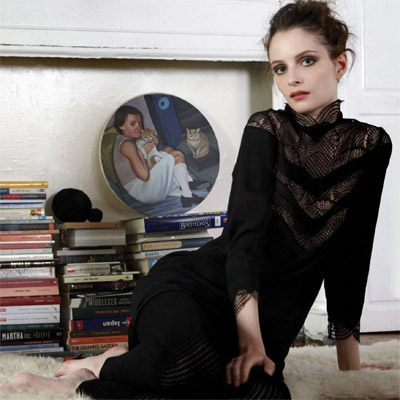 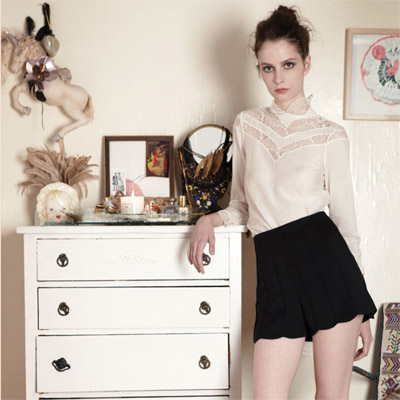 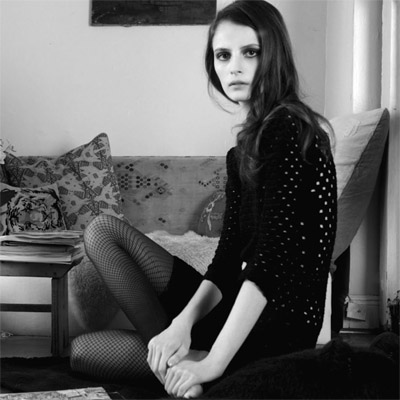