I remember you well in the Chelsea Hotel,

You were talking so brave and so free.

Giving me head on an unmade bed

While the limousines wait in the street

And those were the reasons and that was New York,

This was one crazy hotel!

Penned by Leonard Cohen, lived in by a host of creative types from Andy Warhol and Arthur Miller (after his divorce from Marilyn), to Quentin Crisp, Jackson Pollock and Janis Joplin. In this hotel/apartment block anything went.

And indeed, not always for the best. Edie Sedgwick set fire to her room in 1966, Dylan Thomas died of pneumonia in 1953 and room 100 once housed Sid Vicious and Nancy Spungen on the fateful night she died. 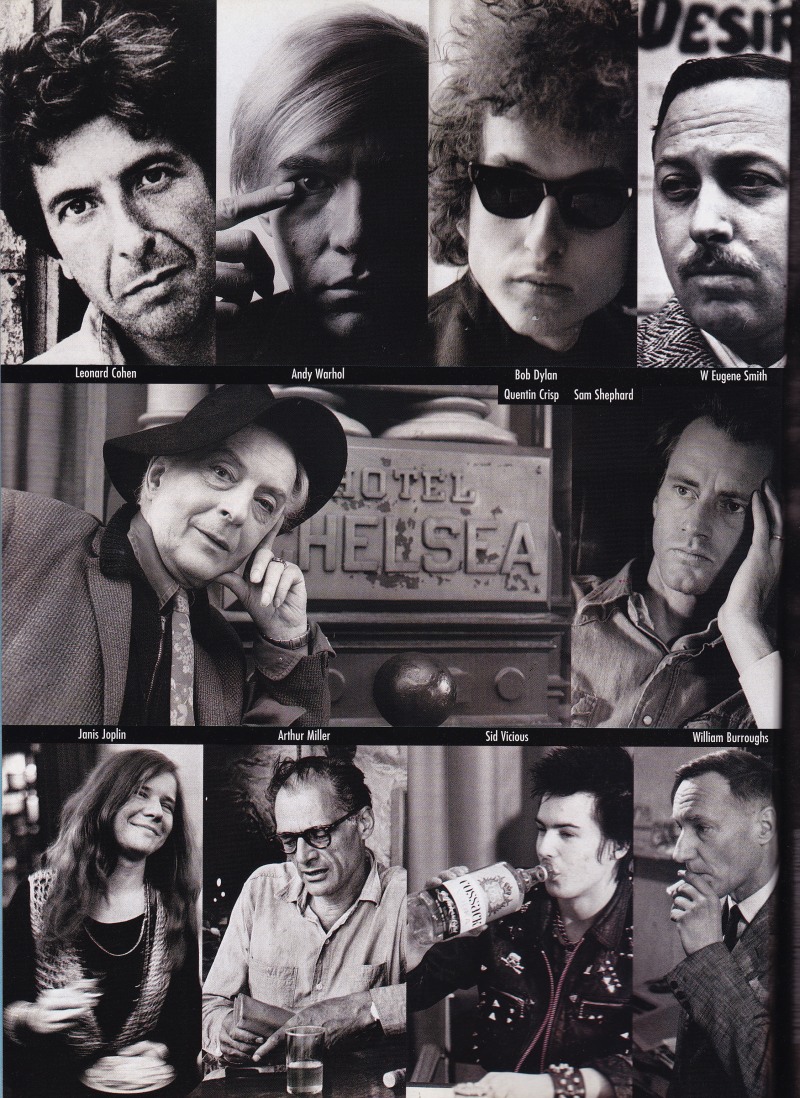 While leafing through one of those 1997 Elle Decorations that my mum found, I came across this great feature on the people who live in the apartments and how they’ve infused their own personalities onto the fabric of these story-telling walls.

I wonder if they’re still there? 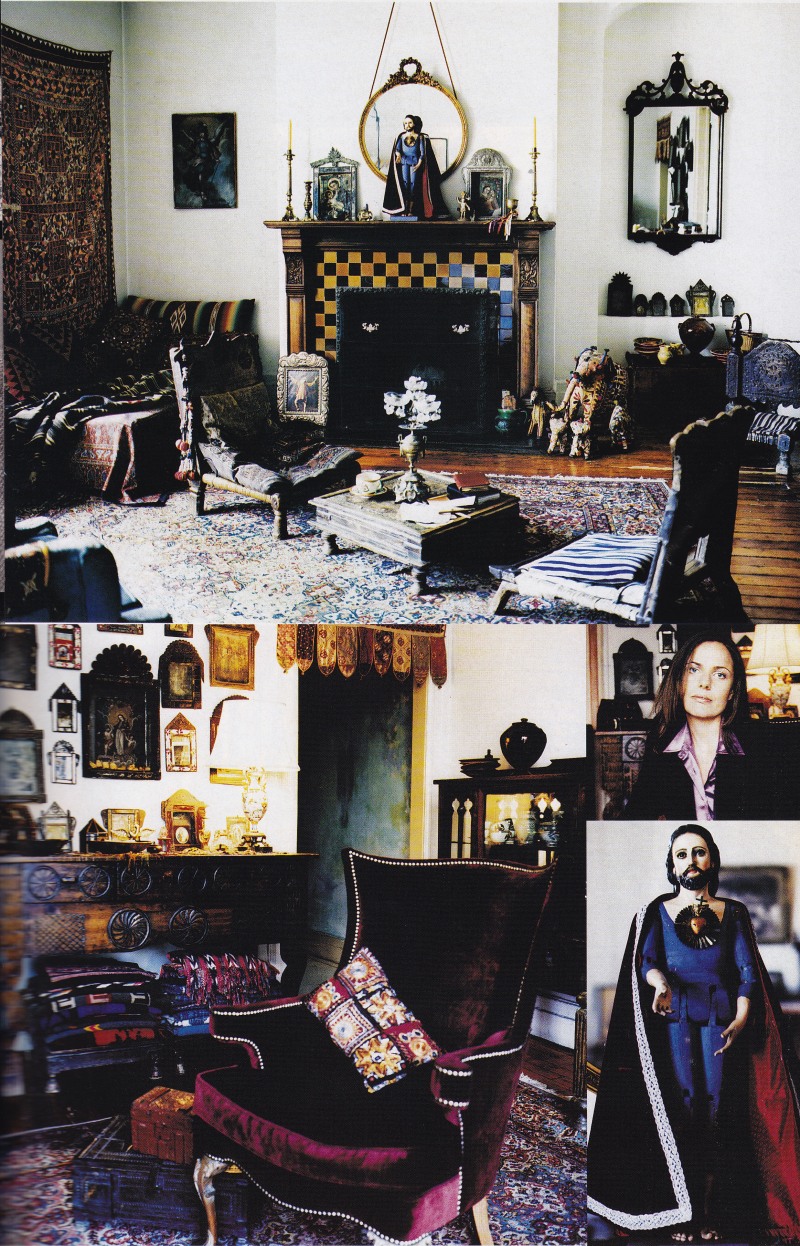 Gerald DeCock – Hairdresser (how perfect is that name for this establishment?) 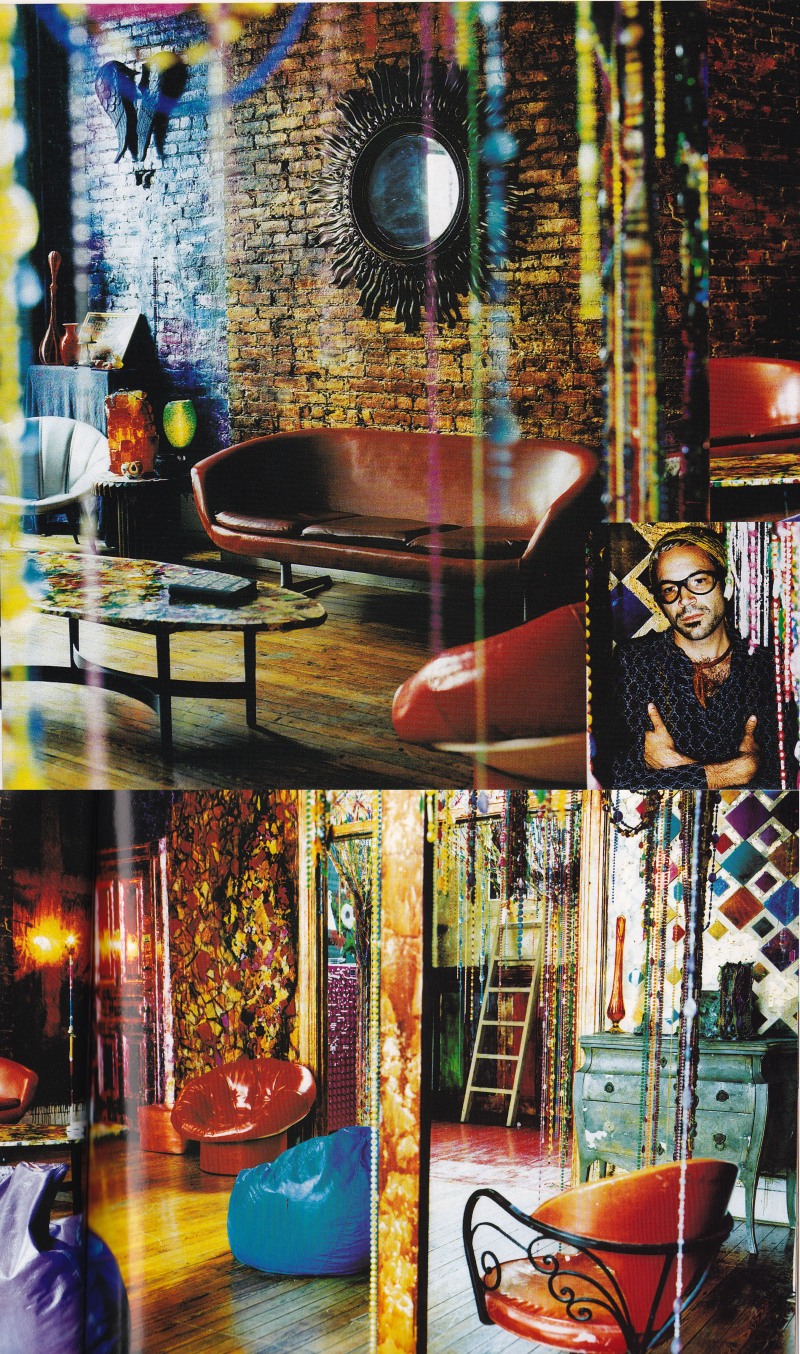 Gerald’s apartment has an intriguing history. Home to composer George Kleinsinger, he collected canaries, pythons and tarantulas. He also had an alligator for a while, which he would walk up and down the corridor. Apparently he was well-known for his standard pick up line: “Want to come and see my jungle?”

Last year ,the hotel was sold to real estate developer Joseph Chetrit, and as of August 2011, the hotel stopped taking reservations. Long term residents still remain in the hotel, and keep the public informed on the renovations taking place on their blog, Living with Legends, Hotel Chelsea Blog, The Last Outpost of Bohemia:

“All rooms will have their own bathrooms, so the days of SRO rooms at the Chelsea are over. Even Herbert Huncke, in 828, will get the bathroom he longed for and always bugged Stanley Bard about, albeit posthumously.”

I was curious to see what the hotel looked like, just before it was sold, and Apartment Therapy managed to find these images on Flickr:

Finally, a sneak peek at one of the apartments already restored. Beautiful, yes, but I think I prefer the personality of the 1997 ones. What do you think?

Will the hotel manage to keep that air of shabby, electic bohemia? Only time will tell. Perhaps we need some of tomorrow’s creative divas to take residence?