“Carmen Dell’Orefice..who has had three husbands and more hot dinner boyfriends than one cares to count later, is still known as just plain Carmen – though the plain has nothing whatsoever to do with her appearance” Norman Parkinson

I was fortunate enough to catch the Carmen Dell’Orefice exhibition at the London School of Fashion, at what I thought was the very end date – however – lucky readers, they have just extended the exhibition to the 31st January. So after reading this – make a break for it and go! 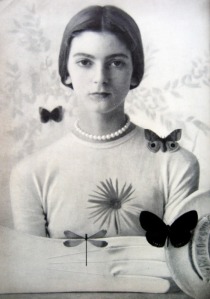 Like me, I am sure that the elegant silver-haired lady, is a familiar face to you. However I knew nothing of her early years. This wonderful photographic retrospective  captures a very different, almost pensive young woman who blossomed into a modelling amazon, infamous for her lingerie campaigns in the early 1950s.

Carmen was born to an Italian father, who was a violinist and a Hungarian mother, who was a dancer. She was discovered on a New York City bus and eventually introduced to Vogue, at the tender age of thirteen.

By the mid 1940s Carmen was a favourite amongst some of the most prestigious creative minds – Cecil Beaton, Dali, Irving Penn – who nicknamed her “Little Carmen, Erwin Blumenfeld and Horst P Horst, who described her allure as an “antique beauty of another age”. 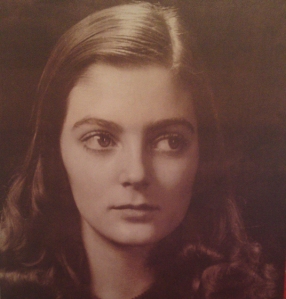 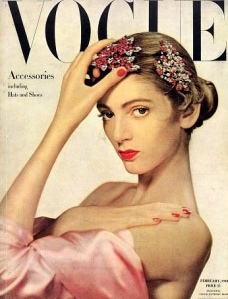 In the late 1940’s the real Carmen emerged. Worried about her pre-pubescent appearance, Irving Penn, convinced Carmen to see the Conde Nast in-house doctor – who prescribed a tonic of vitamin and oestrogen treatments. Suddenly it was bye-bye “Little Carmen” – and “hello boys”- in came a full busted, broad-shouldered dame. What were Conde Nast to do with their blossoming ingenue?

The answer came in the form of a lingerie campaign that became an overnight sensation and Carmen the highest paid model of the decade. The late 50s were a huge success for Carmen, shooting the Paris collection with Avedon, for Harpers Bazaar, and meeting her second husband photographer Richard Heimann. 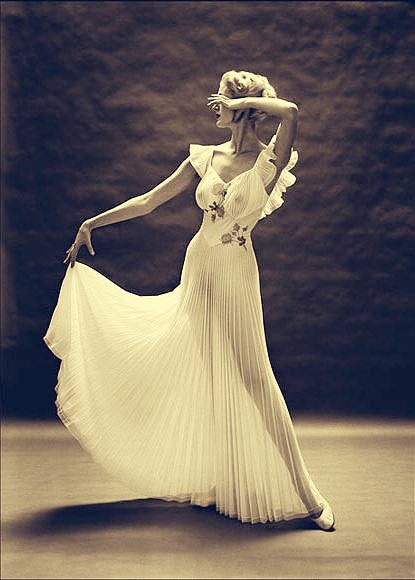 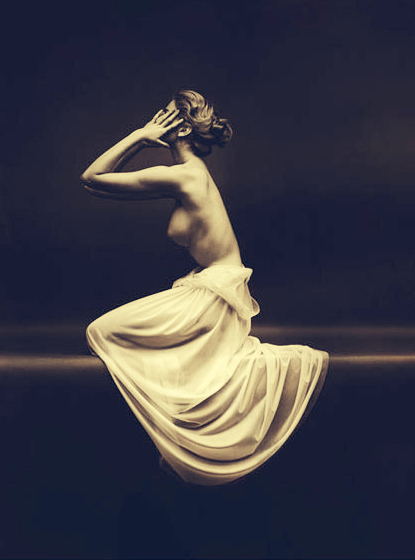 The 1960s brought exotic escapades, as photographic locations got further and further afield. Carmen married again and this time she wanted to settle down. So in 1964 Carmen rang her agents and quit. 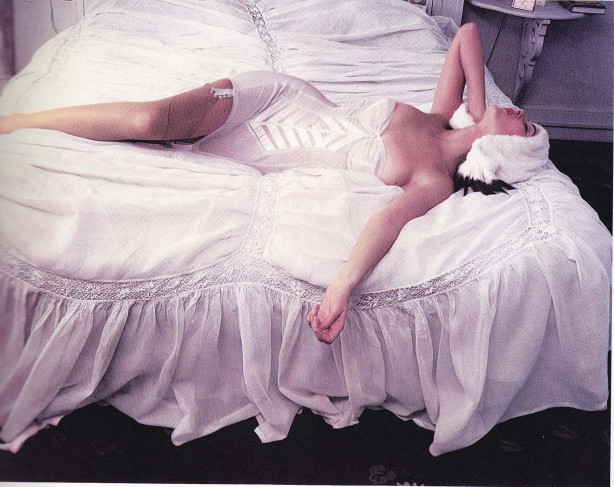 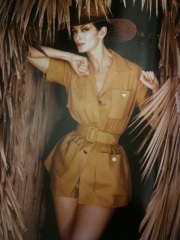 As we know it didn’t end there. When her marriage broke down in the mid 1970s, Carmen found herself in need of job. See, hard times even come to the most beautiful. Was modelling still an option as she neared 50?

Hell, yes! Little Carmen had metamorphosed once more and this time she was more serene and elegant as ever. Silver haired, she turned to her best friend Norman Parkinson, who remarked that “she didn’t look bad for an old bag”!

The pictures that followed are breathtaking and show a woman totally in command and enjoying her  best years. This time, Carmen was not just a model, but an inspiration and a personality. She wrote a best-selling beauty book , and was a regular on the chat shows. 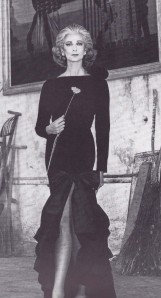 Carmen turned eighty this summer and was awarded an honorary doctorate by the University of Arts London, for her exceptional contribution to the fashion industry.

Canadian magazine Zoomermag interviewed her on her birthday and this extract shows just what Norman Parkinson meant when he described her as ” hilariously funny but wise, electrically charged with the ability to reject the absurdity of the rat race circuit, always ready to lift those expressive, recently European eyes to question the pompous or oversycophantic“

JB: How do you think notions of glamour have changed over the years?
CD: Well, it certainly has less to do with style and dignity and a certain ele-gance. They tried to move away. The modern expression is Be Outside of the Box. But they better have a look in the box again.

JB: Yeah, it’s true. I mean, fashion can lead to great self-discovery if it doesn’t stop you and act as a mask.

CD: Yes, and it can be the opposite, too. Don’t be a slave to anything, anybody, not even to yourself. I’m in this crazy, wonderful business and because I have never been the particular superstar of any decade — except now because I represent having gone through the gauntlet of life and I’m still standing. I get credit for still standing and being, within reason, not decrepit.

JB: Talk to me about this whole business of aging. Some people fight it to death and, I mean, people are very upset by it.
CD: Well, they have psychological problems. They have convinced themselves that they might be the first person to live forever. And, as far as I can see, it ain’t happening soon.

As I was leaving the exhibition, I noticed one contributor had written in the visitors book, “Carmen gives all silver foxes hope” – I don’t think that should be narrowed to just silver foxes or hope! Inspiration, utter enjoyment for all. A plain Jane – I think not!

Girl with fruit, shoe and butterflies, Vogue May 1946, Irving Penn